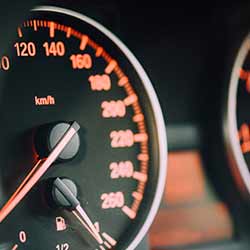 For buyers of new and used cars, horsepower is one of the top considerations when choosing a vehicle. Horsepower figures are often proudly displayed among the specifications next to a showroom car on trade plates and discussed in car magazines. But what is horsepower, and how does it affect your vehicle’s performance? 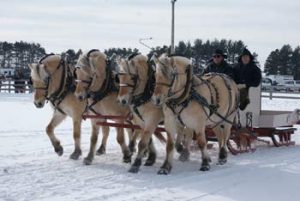 As the name suggests, horsepower is a measurement of power, in this case the power produced by a vehicle engine. James Watt, the inventor and engineer, created the term in the 18th century so the power output of steam engines could be compared to the work done by a horse. One horsepower is roughly 745.7 watts, a unit of measurement named after Watt.

The power of a vehicle is usually measured in brake horsepower, or bhp. This is the horsepower of an engine allowing for the power lost to friction in the gearbox and other moving parts, so it’s a little lower. European manufacturers sometimes measure using metric horsepower, which is a slightly higher, and therefore more flattering figure.

So, is more horsepower always a good thing? The motor trade certainly pushes high bhp figures as desirable. The higher the horsepower, the better the acceleration, top speed, and vehicle performance. Remember, though, that horsepower measures the work done by an engine, which, essentially, means the speed at which it converts fuel into motion. An engine with high horsepower delivers performance by burning a lot of fuel in a short time, which can be bad news for the driver’s wallet.

Although the amount of road tax paid is governed by emissions rather than engine power, at least for modern cars, a vehicle’s horsepower can affect the cost of an insurance policy, with more powerful cars costing more for a policy. As with most vehicle buying choices, you will need to strike the balance between performance, practicality, and economy. All that horsepower won’t do you much good stuck in urban traffic, but it could make a driving holiday on mountain roads a great deal more enjoyable.

Finally, a little trivia, did you know that the Citroën’s 2CV designation stands for deux chevaux vapeur, or ‘two horsepower’? It was named after its ability to do the work of two horses. The car’s actual horsepower is higher, but Citroën initially marketed the model to farmers as a cheap and sturdy way to travel and transport goods and livestock, replacing the horse and cart.